What does integrating Agemba with Jira mean?

The whole idea behind integrating Agemba with Jira is simply to allow strategically organized work (Stories) in Agemba to be delegated to Jira for implementation. With this structure, a clear-cut overview is still maintained in Agemba while implementation in Jira is uninterrupted. As such, there will not be any pressure for development teams that are highly effective in working with Jira to have to readjust to the introduction of Agemba. It is important to note that this is different from what would qualify as a Jira Plugin which would require installing it onto Jira.

Before Jira-syncing can be enabled in Agemba, some configuration is required both in Jira & Agemba. The assumption here is that a Jira project is already setup or should be setup before proceeding with the rest of the steps outlined from this point on.

Prepare Jira User
A Jira user is required to facilitate the process of syncing a Circle (project) in Agemba to a Jira Project. Such a user should have the Jira permissions Create Issues, Edit Issues and Add Comments. By default, these permissions are auto-set in the Jira user groups jira-core-users & jira-software-users. Therefore a user belonging to these groups should suffice.
NB: This user should NOT have Admin rights.

Create API Token for Jira User
An API token is necessary for authorizing Agemba as an API in Jira with the Jira user created in the section above. This needs to be created manually following the process described below:

NB: To proceed with this, the preceding steps above must have been followed.

For every Circle that is to be synced with a Jira Project, certain Jira properties must be configured in that Circle in Agemba. Below is a Screen dump of Jira Configuration for a Circle: 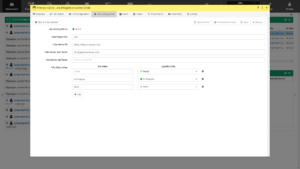 Configurable Jira properties in Agemba are:

Test Jira Connection
There is a possibility of testing Jira properties of a Circle at any time which also includes before saving them. This can be done using the ‘Refresh Config from Jira’ button found at the top left corner of the Jira Configuration Tab. This will also load any missing configuration fields from Jira.

Delegating Agemba Story to Jira
Once the Circle in which a Story resides has been successfully synced with a Jira project, it will be possible to delegate that Story to that Jira project. Delegation to Jira can be done from the Story’s menu in Agemba; see the sample screen dump below: 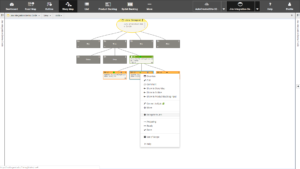 Delegating an Agemba Story to Jira will result in the creation of a Jira Issue with a similar title and description composing of a merge of the user story and detailed description in Jira. Editing of the Agemba Story will consequently be restricted and its state will be in-sync with that of the corresponding Jira Issue. Information about the Jira Issue will be made visible on the Story in Agemba including the status of the delegation & syncing process. The Delegation Status shows the status of the sync process of the Agemba story with the corresponding Jira Issue. Delegation Status can be:

Add Existing Jira Issue to Agemba
An existing Jira Issue, in the specific Jira Project a Circle in Agemba is configured to sync with, can be added directly to the Circle by specifying its Jira Issue Key. This can be done following the same procedure for creating new Stories in Agemba i.e. as children of Epics or in the Inbox, via right click or menu icon. Once the user inputs the Jira Issue Key and it can be verified, Agemba will create a new Agemba Story with the Jira Issue Summary as the Title and Description as the Jira description displayed on the eventual Story card. Just like delegated Stories, Agemba will ensure that it stays insync with the corresponding Jira Issue in Jira.

Undelegating Agemba Story from Jira
A simple form for undelegating from Jira where a Story is disconnected from the corresponding Jira Issue that was created, has been implemented. This can be done from the Story menu in Agemba and will result in the Jira Issue summary(title) being prefixed with [UNDELEGATED].

Story State, Title & Jira Descriprion Sync
Once a Story is delegated, its state, Title and Jira Description will be kept in sync with that of
the corresponding Jira Issue.